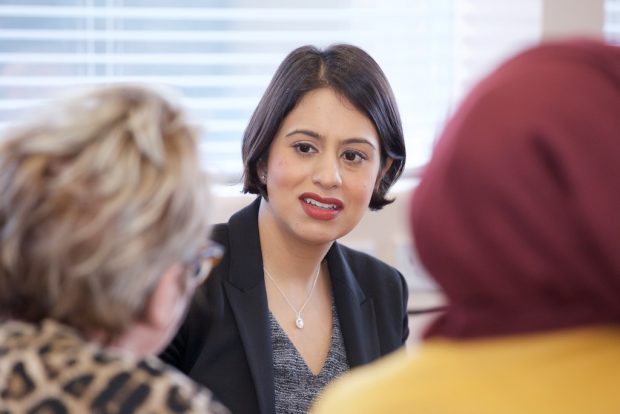 Today, we have published our report on extremism in England and Wales.

This marks the culmination of our national conversation on extremism.

We would like to express our sincere thanks to all those who have shared their expertise and experiences with us.

Through our work we have heard about a broad range of different issues: from democratic debate and growing intolerance to violence and terrorism.

Whilst many of these issues cause harm, we do not think they should all be labelled as extremism.

We must protect our right to be radical, to protest and to offend. This is central to our plural, tolerant and inclusive society.

We need to focus on the most harmful issues. That is why we are calling for an overhaul of the government’s approach to focus on hateful extremism.

This is behaviours that incite or amplify hate, engage in persistent hatred or make the moral case for violence, and that are motivated by hateful, hostile or supremacist beliefs and cause harm to individuals, communities or society.

We are calling for an overhaul of the Government’s strategy to focus on hateful extremism.

But it’s not just a job for Government. We need an effective whole society response ready to respond quickly to incidents. Leaders need to step up at a local and national level.

We are proposing a strengthened, statutory Commission to drive these changes, piloting new interventions and bringing together organisations with expertise in countering hateful extremism.

What’s in the report?

A foreword from Lead Commissioner Sara Khan, in which she says:

“We must not allow extremists to normalise their hatred in our country” and sets out the case for a new rights-based, victim-led approach focused on hateful extremism.

A summary of our work so far, and our recommendations for the future of the commission, for government, and for wider society to counter hateful extremism.

Part One offers the our view of extremism in England and Wales today based on analysis of its engagement and evidence, including the range of issues that came up in the national conversation about extremism. It identifies the amplifying of hatred, persistent hatred and making a moral case for violence as the most harmful issues outside of terrorism – describing this as “hateful extremism”.

Part Two is an analysis of examples from Birmingham, Sunderland and Lewisham that show the interplay between local issues and hateful extremism and how authorities and communities have responded.

Part Three sets out our assessment of the government’s 2015 Counter-Extremism Strategy. It argues the approach taken in the strategy is “unfocussed, unnecessarily broad, and at times confusing”.

Part Four makes the case for a human-rights-based approach to Countering Extremism. The report explains:

“Extremist activity has repeatedly contributed to a climate of censorship and fear; limiting expression, religion and belief. We must reinforce these fundamental rights to promote an inclusive, peaceful and plural Britain.”