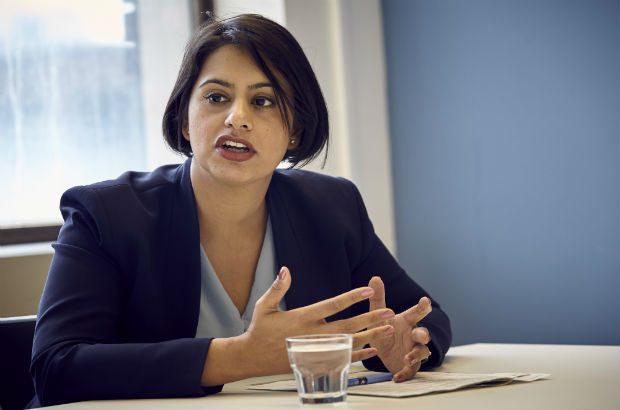 Lead Commissioner for Countering Extremism Sara Khan has warned that addressing the legal questions on the case of Shamima Begum is only part of the picture - we must address the root problem of extremism itself.

In 2015, Sara wrote an open letter to young Muslim girls warning them of Daesh lies and exposing the hypocrisy of the terror group. She was then CEO of Inspire, a counter-extremism organisation. The letter was picked up widely and teachers read it to their pupils.

Writing in The Sunday Times, four years later, Sara Khan argues that if Shamima Begum returns to our country, she should go through a deradicalisation programme and expect to be questioned, investigated and potentially prosecuted.

“In 2015, there was a sense of incredulity that teenage girls from Bethnal Green could leave Britain to join a barbaric regime in Syria. It forced us as a society to confront the insidious and dangerous reality of extremism, one we still struggle to comprehend today,” she writes.

“I remember the time well because when the news broke about the Bethnal Green girls, I was preparing to launch a country-wide anti-ISIS safeguarding roadshow aimed at Muslim mothers.

“Muslim families expressed their utter shock and disbelief but also their helplessness. That their children could be targeted by Islamist extremists was a reality many had never previously worried about.

“I was contacted by many panicked teachers who were struggling to deal with real cases of pupils who had attempted to travel or whose pupils, some as young as 5 had told them that their parents were going to take them to Syria.”

Since the Commission for Countering Extremism was formally established in March 2018, Sara has travelled the country and heard from experts and activists about the harm extremism poses to individuals, communities and to our wider democracy.

“It is in the face of extremism that defending our values matters most,” she writes. “This requires robust yet compassionate leadership and is a responsibility that falls on us all.

“But addressing the legal questions around Begum is only part of the picture. We must address the root problem itself - that of extremism and its pernicious influence.  This chronic challenge persists four years on.”

“Looking back now, it is clear to me that had we understood better the harms of extremism, the tactics of extremists in recruiting and spreading their propaganda and the need to build resilience to extremist narratives, perhaps Shamima would have never made that fateful journey.

“There is much more we, as a society, must do to reduce the influence of extremism in our country.

“We have rigorous counter-terrorism legislation, but it is also important that we have cohesive and resilient communities and provide greater support for families and those on the frontline countering extremist propaganda. We need to encourage more respectful debate and discussion among our youth, especially on difficult and controversial issues.

“Challenging extremism requires a whole society response. This is what my Commission is seeking to achieve.”