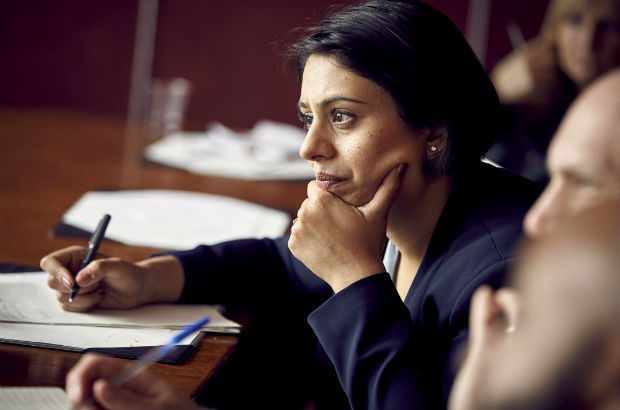 Tomorrow is the start of National Hate Crime Awareness Week.
As a Commission we whole-heartedly support efforts to raise awareness of hate crime – whatever form it takes, and stand with all those committed to tackling hatred.
For the recent No2H8 Crime Awards Sara, our Lead Commissioner, said: “It takes huge courage to stand up to hatred. It’s rarely the easy or popular option”.
She added that we owe all those standing up to hate crime “a huge debt, not just for the actions they’ve taken but for showing us a different way”.
Sara gave an award that night to to Ahmad Nawaz shot by the Taliban and who now campaigns for human rights.
Over the next week the country will hear from many other brave individuals and groups who, like Ahmad, are standing up to hatred.
A big question for us is how hate crime and extremism overlap.
As we have travelled the country we’ve heard from experts and activists who feel the nation is increasingly divided – a view shared by both the Prime Minister and Leader of the Opposition.
This is backed up polls. Earlier this year a BBC poll found three-quarters of those surveyed thought British society was also becoming more divided. A recent Equality and Human Rights Commission survey found that despite three-quarters (74%) of people agreeing that there should be equality for all groups, 42% of Britons have experienced some form of prejudice in the last 12 months.
One of the most commonly referenced indicators is hate crime.
The most recent figures show that in 2016/17, there were 80,393 offences recorded by the police. According to the official document, “this was an increase of 29 per cent compared with the 62,518 hate crimes recorded in 2015/16, the largest percentage increase seen since the series began in 2011/12”. The report makes clear this is in a large part due to better recording, but also reflects “a genuine rise in hate crime”. The hate crime figures show there were spikes in racially or religiously aggravated offences (compared to their non-aggravated equivalents) after the Manchester attack, the London Bridge attack and the Finsbury Park Mosque attack.
From speaking to experts and activists, there is widespread concern that extremism both thrives in this climate, but also is one of the causes.
In the last week we’ve seen worrying reports about the activity of both far right and Islamist extremists. In both cases they are actively stoking division by painting a fantasist vision of a clash of cultures, demanding hostility towards those outside of their group.
Up and down the country we have heard from communities who are feeling the impact as these narratives foment into abuse and hostility, both online and offline. In towns and cities we heard that the Punish a Muslim Day letters left women from minority communities scared to go to leave the house or go to work. This echoes the data in the Crime Survey of England and Wales, which shows hate crime victims more than twice as likely to report experiencing fear, a loss of confidence and anxiety or panic attacks compared with victims of crime overall.
However, at a recent roundtable of academics, there was agreement that there is a lack of evidence or analysis of the links between hate crime and extremism.
For instance, while research suggests that hate and extremism have grown in parallel alongside the growth of social media, experts agree we are only beginning to understand the interaction between online and offline in driving hate.
These are issues we will be addressing as part of our study. Our aim is to improve understanding of extremism and strengthen the response. To do this we need to shine a light on the links between extremism and hate crime.